Injury and Illness Factors Over Two Olympic Cycles: Will Ruth

Researchers studied eight years of illness and injury data from the Australian Rowing Team to better understand what causes elite rowers to miss training time. A change in coaching between the 2012 and 2016 Olympic cycles brought a change in policy from using dynamic ergometers to using static ergometers, and the researchers observed a significant increase in athletes missing training days due to low back pain. The findings of this study lead to potential strategies to improve athlete availability.

About Science of Rowing

“Science of Rowing” is a monthly publication created by three dual rowing-strength coaches, Will Ruth, Blake, Gourley, and Joe DeLeo. Our goal is to move research into practice for coaches and rowers of all ages, types, and levels. We are entirely member-funded and do not promote products or sell advertisements. Members receive one issue each month containing three reviews of recent and applicable research in rowing training, strength training for rowing, and other relevant performance areas like psychology, injury analysis, technology, and more. Each issue includes video and graphic content to help move the knowledge into practice, as well as a podcast episode of the three of us discussing the takeaways and our experiences. Membership includes access to all prior issues, so join us for one month and get access to every issue. We also offer discounted annual and team memberships, as well as gift memberships for a special rower or coach in your life.

Join Science of Rowing
More About the Team 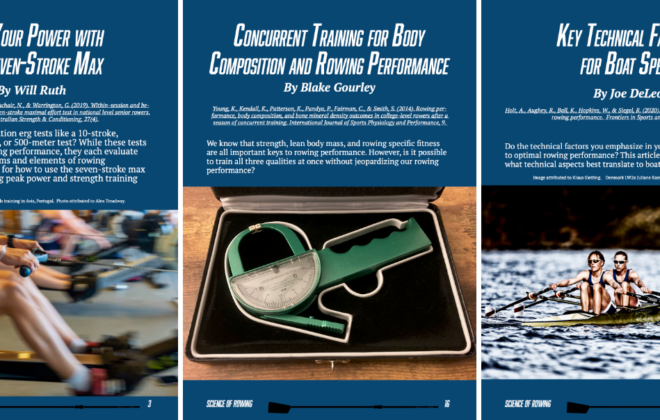 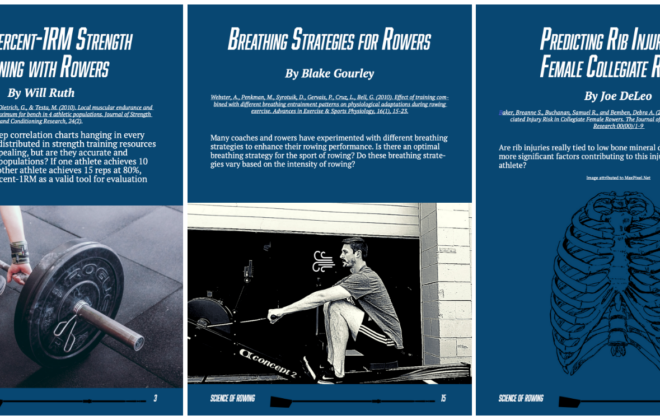 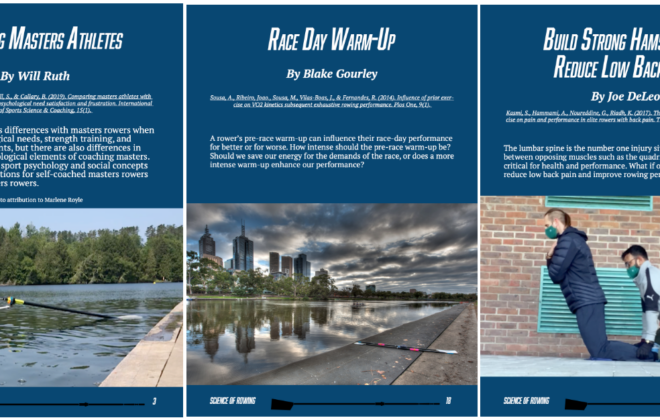